Power and the revolution 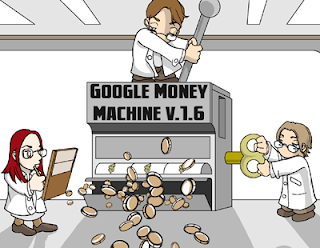 The media revolution rages on and continues to affect you, me, and the 1.4 billion other people online. The ying and yang of our new media world, according to Anthony Mayfield, are the 'search' and the 'social'. He sees the two existing in symbiosis, the one sustaining the other - a partnership that's mutually beneficial, useful and fair.

The social is easy to identify - that's us, the 1.4 billion; the search is easier to locate because it lies in far fewer hands, hands that are reaching out to grab us to steer our way through the worldwide web. It's hardly surprising that Google, the Internet's most successful navigation tool, now tracks over 1 trillion web pages, a massive, exponentially growing figure representing just a quarter of what's actually out there.
Now with 80% of the UK market share, Google defined what search engines are today and helped make the Internet work. Unlike Yahoo, who put their highest paying ads at the top of the page, Google won users over by putting our needs first. in a Google search, only the best and most useful ads can nudge their way to the top.
Increasingly, Google holds the key to the Internet's superabundance of content. The company enjoys a widely accepted monopoly on the worldwide search market. As the 'social', our acceptance of it is grounded on trust and the belief it's 'doing the right thing'. Can a brand that fits so smoothly into our daily lives and that has such an innocuous motto as "Don't do evil", be anything but a benevolent giant? Is this the ying and yang harmony of web media in play?
How then a couple of years ago did Google do the unthinkable when it decided to self-censor to create google.cn in China? Why did the world's biggest information giver come to deny the very freedom of that information? Despite Google's protestations, its presence in China appeared at odds with the company's founding mission. Google argues it will play a more powerful and useful role by participating in China than by boycotting it. By avoiding the Chinese web firewall through google.com searches from within China, it promised a faster and easier engine for users.
Opinons divided over the issue. For some, Google's move was a pragmatic business decision. If you're big on the Internet, you'll want to be big in China. The deal allowed it greater access to China's fast-growing market and to directly compete with baidu.com, the region's most popular search engine.
For others, Google was helping itself more than China; more "do no evil, unless it's with communists." In failing to square its ethical stance with its global ambitions, the company helped deny Chinese people the knowledge and understanding of democracy that might be the only way forward to improve their human rights and society. As such, google.cn aids Chinese authorities by compounding ignorance of sensitive issues within its own history. The Beijing University students in this video are perplexed when shown images of tanks on Tiananmen Square.

No mention of 1989s bloody student protests there can be found through google.cn. Mayfield's ying and yang/search and social hardly exists here, the relation between the two cannot be described in black and white, rather varying shades of grey.
So has Google 'done the right thing' by China, itself, or, equally, by web media and its future? Now is the time for influential players like Google to stand up for their values and be counted. It's disappointing that Google, with its huge influence and power, risk setting the ethical bar dangerously low, by acting on market pressure rather than principle. Can ethics survive the Internet revolution? Black or white, yes or no, there was no third way for Google in China, but was it a price worth paying? 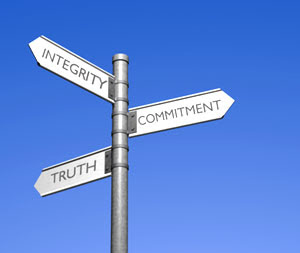 Posted by Charlotte Turner at 15:24